Winter is coming. But before it takes over, Mom Nature has a fabulous color show for us. These two shots were taken on the way up Independence Pass.

Independence Pass is famous enough to have an entry in Wikipedia. That article tells us that State Highway 82 crosses from Twin Lakes, Colorado to Aspen,  and as it does this, it reaches the highest elevation of a paved Colorado state highway on a through road. After Cottonwood Pass to the south, it is the second-highest pass with an improved road in the state, and the highest paved crossing of the Continental Divide in the U.S

Because of the heavy snowfall at its elevation, it is closed in wintertime, isolating Aspen from direct access from the east during the ski season. 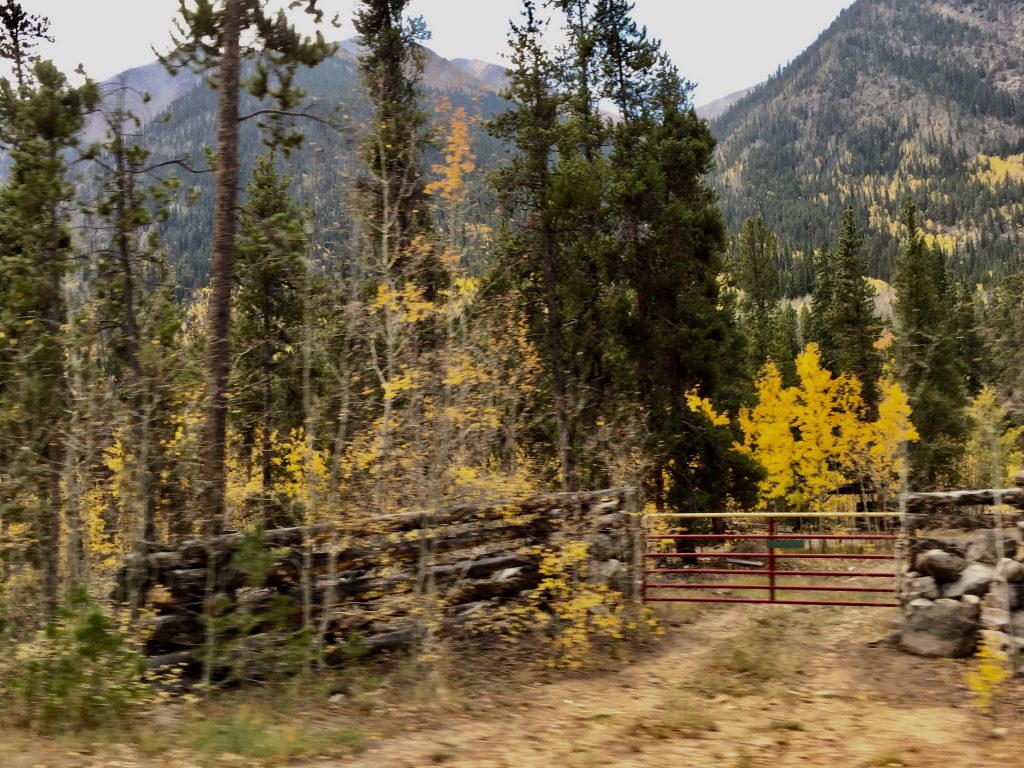